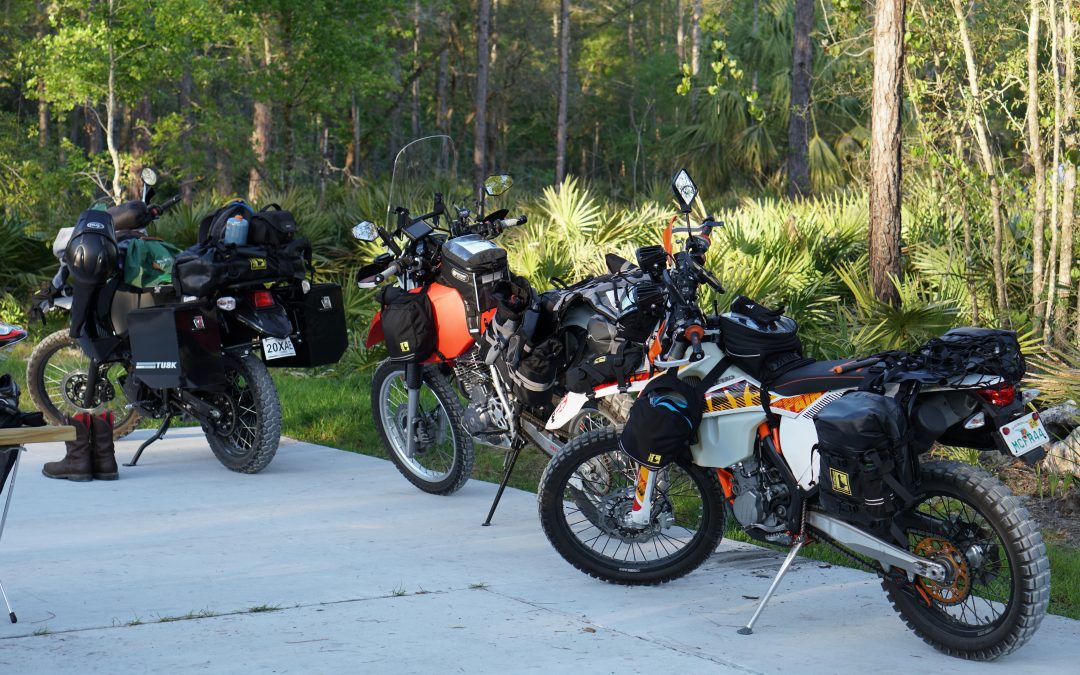 We clocked about 200 miles on the odometers, which is about what we’re going to need to be clocking each day on the Transamerica trail, however it will be in dirt and slower speeds.

This trip was very informative. It really showed me what I did and did not need. For instance all three of us brought camping stoves and fuel for those stoves, but we only need one or two stoves and the weight can be distributed between the three bikes. Another thing I noticed is that it is very helpful to have an extra long spork if you’re going to be eating freeze-dried meals. We intend to primarily eat fresh food, acquiring it in the towns that we pass through and have the freeze dried meals as backups when we have to camp without facilities.

#1 – We don’t all need to have redundant equipment, tools and gear. For instance, we all brought stoves and fuel for those stoves. We really only need one for water, and one large enough to cook a meal in a pan. We can share the food and reduce costs on food and fuel.

#2 – Some cargo systems are better than others. I went for the hard pannier, while the other two went for soft. I’m wishing I went for soft. The very first downside I see to a hard pannier is that I bonk my ankle or heel on it when making sharp turns from a stop and keeping my foot on the ground. Had I known of the Mosko Reckless 80, I’d have done that one in a heartbeat. More so now after seeing Tim’s set up. Greg went for the Wolfman set up and he’s even considering the Mosko now.

#3 – Having a good sleep system makes rest much better. I have had significant damage to my body in the past. It catches up with me if I don’t care for myself. Having a good night’s sleep, while it sounds cliche’, is of paramount importance. If I’m not well rested and I’m simultaneously expending lots of energy, I get mighty cranky. Cranky like a baby with a poopy diaper.

We’re going to be testing out a variety of gear on our shakedowns and of course on our trip. I’ll post links to the stuff we like the best.

Gear that we used (individual reviews to ensue):
Tents –
MSR Hubba Hubba | Banshee 200 |
Stoves –
MSR Reactor | Nomad Life Backpacking Stove | Jetboil Flash
Camping Quilts / Camping Blankets  –
Feathered Friends | Down for Adventure 650 fill Camping Blanket | Sierra Designs 3 Season 700 fill Dri-down® Quilt
Communications –
Sena 20s
We had a pretty significant amount of connection issues. When it was working, it was awesome, but when it wasn’t, we couldn’t (or didn’t want) to just pull to the side of the road and try to sync up again.

Special mention:
I think that the MSR Reactor Stove is definitely worth a special mention despite this being our first shakedown. It was built to boil water quick and it does it’s job well. So if you’re going to live on freeze dried meals, this is the stove for you!

This campsite is brand spanking new and it was quite nice. It’s not exactly what you’d call  of the grid. They’ve got sidewalks to each campsite and all the sites have gravel pads in which to pitch your tent. The “comfort center” as they like to call has nicer facilities than most rest areas on the road. It has washing machines, large bathrooms and even showers. 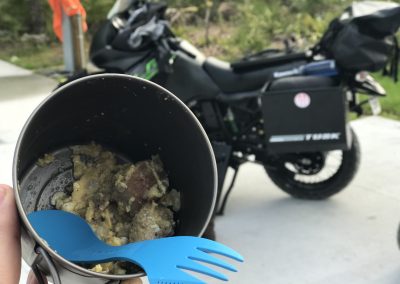 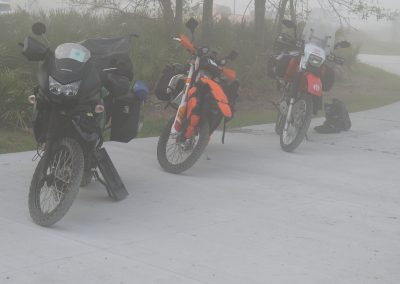 Bikes in the mist 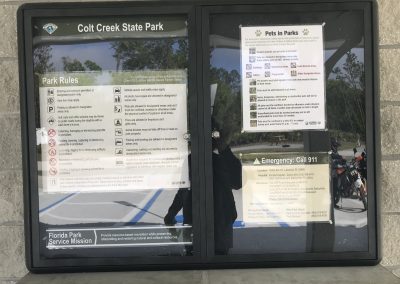 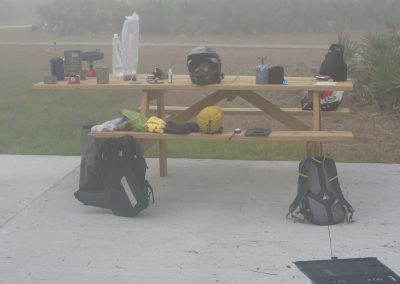 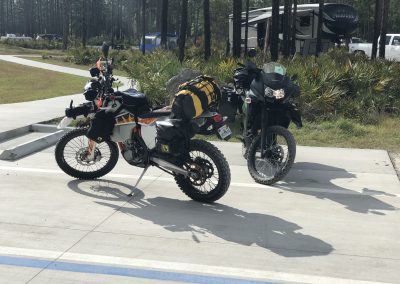 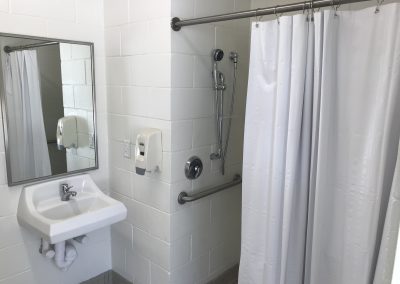 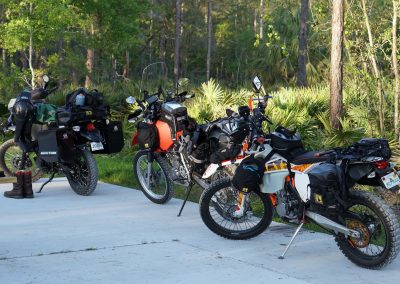 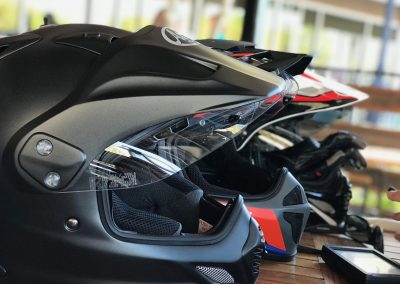