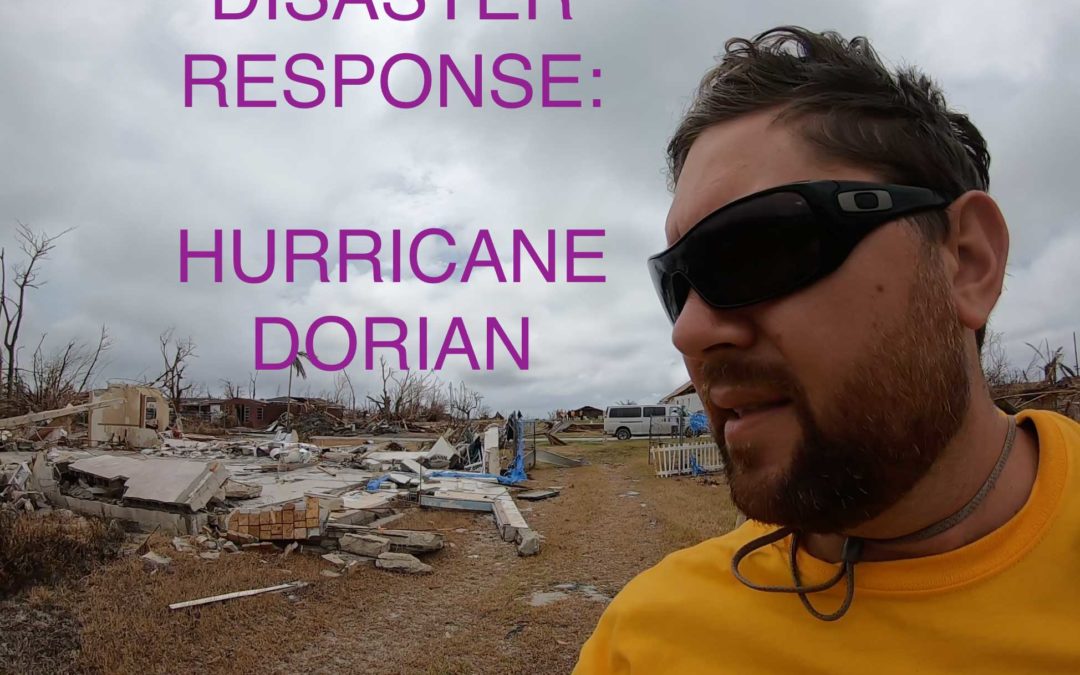 Hurricane Dorian significantly damaged Grand Bahama Island. Many people lost not just their homes, but their lives. What I’ve heard is that the government (therefore the media) doesn’t count a death until a body has been found and identified. We’re realistically looking at the number of lost lives in the thousands.

This is my first disaster where the destruction and loss of life is so high. I’m not going to lie. When I was on the east end of the island (the part hit the worst) it was tough on me. But you do what needs being done and anyone who is on the receiving end of your help is extremely thankful. Some break down to tears just because you gave them a case of water or a protein bar.

At the time of writing this, the island still has almost no fresh water at all. Due to the level of storm surge, the salt water got all mixed in the water table and all wells that were fresh water, are now brackish. You can still HEAVILY taste salt in the water from the faucet.

I spent 2 weeks working here and I wish I could have spent longer such is the amount of work needed.